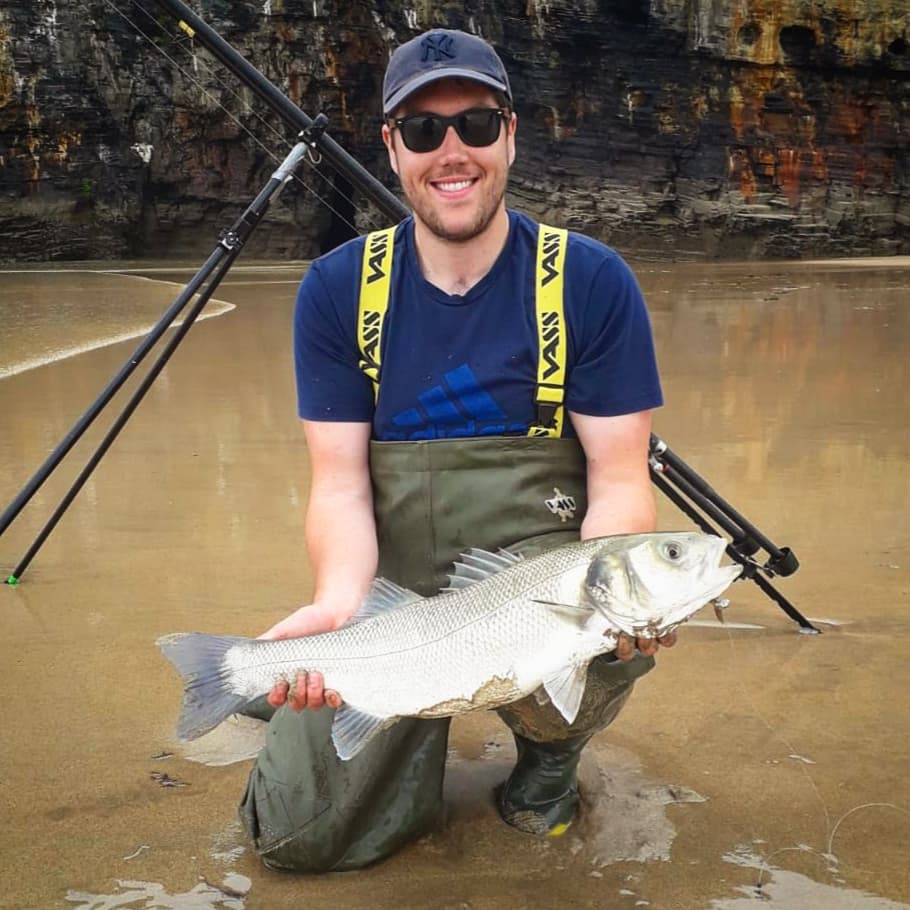 2019 turned out to be the best year we have had for fishing both at home and abroad. We hope for this to continue for 2020 but I will get to that a bit later.

Starting at the beginning of the year I decided to head southwest with a buddy in search of some decent fish as the winters are always full of coalies and whiting. Huss, bass and spur dogs were all on the list. I havent had a spur before so it was a real treat to target them. On our first outing we landed 6 between us most being just 1 or 2 cm below specimen size.

After this trip the summer started coming around and fishing started getting more productive. Mullet were starting to show in many of the estuaries and I always love targeting them. I headed down for a day to target them but spent most of the days hooking up but losing the fish mid fight. I changed marks and found a shoal of over a hundred just at the mouth of the estuary that were feeding hard, but I couldn’t figure out what they were eating. I tried floating bread and maddies past them but this didn’t work. I tried spinning the maddies behind a float but would only get follows, no takes. Out of laziness one of my retrieves I paused to watch the fish and bang I had a fish on. This happened over 6 times. The mullet wouldn’t take until the maddies puffed out on the pause. Once I had the method figured out it was a fish a cast until I had no more maddies. Unfortunate but the sun was setting anyway.

Following this our next big trip was to Donegal. This has become our yearly pilgrimage for plaice, turbot and spotted ray. We headed to our known marks and had some incredible fishing with countless rays, almost every cast resulted in a fish which was great. A big surprise was when we went targeting conger and Ians rod tore off. No conger but Ians PB pollock … for now.

Now the summer was getting into the swing of things and myself and Ian decided the next step to take with Irish Angling adventures was to start a youtube channel. This allows us to show more of what Ireland has to offer and to help people with some advice or even show people a slightly different way of doing things. http://youtube.com/c/irishanglingadventures

With my first mission to get content for the channel I had my sights set on a Tope from a mark that both myself and, honorary team member, Gearoid had been scoping out. We had tried it the previous week as tides and weather looked good but we only ended up with a thornie of about 8 lbs. Believing the mark had huge potential as it was just not fished enough a long with it having very unique sea bed I tried again the following week. This was one of my highlights of the year. It was a fish I had put weeks and weeks of research into and it paid off. It became the very first video on the youtube channel also. To top this off I went back a few weeks later to land not only another tope but a cracking size one too.

Just after my success with the Tope, Ian found an amazing mark which just held some monster conger. This was dubbed china and still holds both our PB congers. Ian spent more time here then he would like to admit but as you can see putting in the time really does pay off.

After all this we spent a few days in west Kerry, Myself and Ian grew up here during the summers and still go down as much as we can. We did some of the usual fishing with bass, and flounder on some of Ireland best known marks but as always in Kerry, Tralee bay is the place to be. One of our local marks down there can produce some amazing fishing and we keep this mark very close to our hearts. Its where we learned a lot about fishing and it still throws us curve balls to this day. This day was no different. After a day of fishing Fenit and Spa we came back. I had caught a gar fish earlier in the day which I kept for bait and ended up using it for last cast of the night. The rod tipped twitched and Ian called me over to confirm that I had indeed a fish on. You could have mistaken the bites for a small flounder but this flat fish was far from small. I picked up the rod, struck and this Goliath came straight out of the water maybe 2-3 feet. We still can not believe it. This is the biggest stinger I have ever caught by a huge amount doubling the size of my next largest one. Still I count this as one of my best fish I have ever caught.

The next day we went back to Fenit only for Ian to land 4 more stingers one after another on his patented “Stinger Rig”. It was absolute pandemonium but I can tell you I could get any fish into a drop net after that night. My gillie skills are available to anyone now.

During all this we got a call to say we were going out on the Brazen Hussy with John Flemming in a few weeks time. As i am not a big boat angler this would be my first time targeting blue sharks so I was looking very forward to it. You can read all about that in the Brazen Blues post here https://irishanglingadventures.com/2019/08/09/brazen-blues/ needless to say but John worked his magic and we all had a Blue that day.

Again this year we decided to head back to Vega for round 2 as we had some unfinished business. Fishing this year was tough in Norway but we had some amazing days that made up for everything. With 10 of us going we all ended up breaking PB’s but some really stood out. Alan and Ian both had their first Halibut, Ian then decided to smash both his Coalfish and Pollock shore records. I had my first Wolfish and then had an absolute monster straight after it. We didnt get as much filming done as we would have liked but you can see our best days below and you can listen to Tommys Outdoors podcast where we talked a bit more about it.

When we came back home I got talking to Simon from Akios as I had heard at the time about a new reel that they were developing. This reel ended up being the Akios Nitron F15. Simon sent me a pre-production model in early November for both myself and Ian to test. Currently at the time of writing this I am also in the middle of editing this review video, which should be out by the 19/01/2020 . This was a huge opportunity to get as we are so small in the world of angling.

Speaking of the world of angling, to round up the year I was contacted by Sam Harris. Sam Harris is one of the old school elites with more knowledge of fishing then I believe I will ever have. Sam now is a host of a weekly radio show called Gone Fishing which he talks to anglers from all over the world. He rang me one day asking would I like to come on the show on the 28th of December. You can hear the show here and can hear myself talking at roughly 1 hour 22 min in. I was thrilled to be asked on the show. It gave me another outlet to promote the angling in Ireland. I have had a few conversations with Sam prior to the radio show and them man is a living legend. Still amazed he reached out to me.Gone Fishing Radio Show

So with that amazing year over and done with its on to bigger and better things. The goals for this year are to grow the youtube channel some more. Currently its hard to get content out with weather and dark evenings but this will change soon. Target fish for this year will be specimen Spurdog, specimen Tope, First Gilthead and First Blonde Ray. We are currently talking about either a Scotland Trip for early summer or a possible 2 week holiday in Ireland and putting some time in to catch some much bigger fish that are rarely seen caught from the shore in Ireland but only time will tell. To stay updated on it all you can find us on Facebook, Twitter, Instagram and Youtube. Hopefully all your goals for 2020 come through and as always 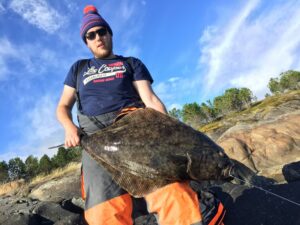