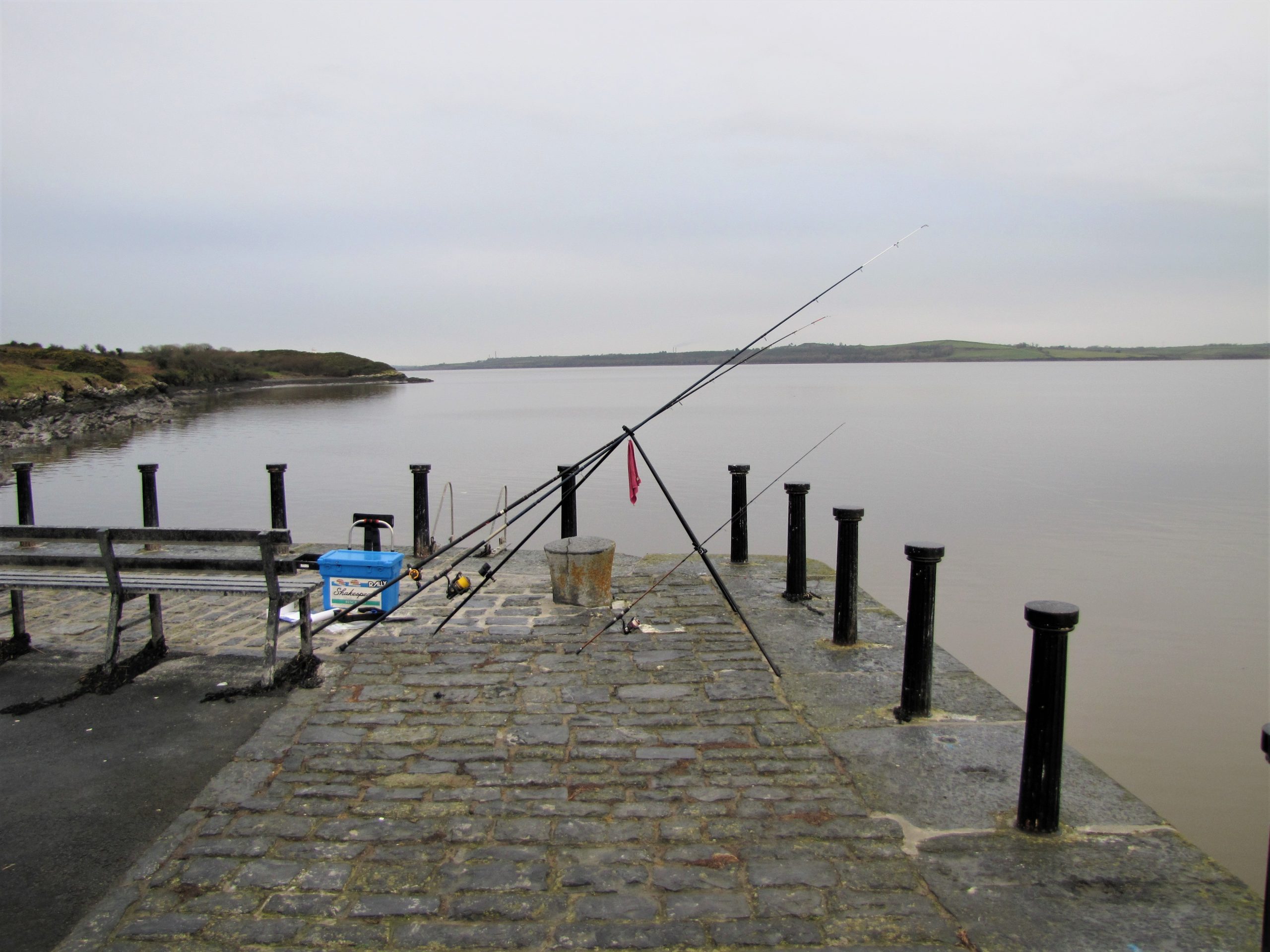 With the weather being as unsettled as it is and the fishing not being as good as one would hope, I’m still stupid enough to get out and try spots. Lately I have fished Ballyheigue, a mark on the Shannon and a mark in west Cork that I believe has great potential.

The mark I fish on the Shannon is a mark that people always shoot down and tell me that there is better angling further out to sea. This mark has produced quite a few quality fish for me in the past. Its easy fishing as the van is just 10 feet from the end of the pier which is great. This mark fishes 2-3 hours before high tide I always find but there is a very strong tidal run. Be sure to keep ratchets on and drag off. Big thornbacks patrol these waters and with the current on their side they can take the bait very swiftly.

On this particular day all I could manage to get was dabs and a few 5 beard rockling. I had three rods out. One as far as I could muster, one just chucked out and the other just dropped down the pier wall for some small species.

No matter where the bait was, or what size hook was I managed a dab a cast. Ive never experienced plague proportions of dabs but here they were.  It was hard to stay motivated so the LRF rod was used with a small 2 hook flapper just to get some fun out of these little guys.

Next Spot fished was Ballyheigue, with a bit of a swell and the hopes for some bass I headed down to try while the weather was good. Arriving on the beach just before high water and planning on fishing the outgoing tide.  Rigs used were 2 hook flappers. Bait was a mixture of mackerel , lug , sandeel, and bluey.

Fishing over high and the first hour of dropping tide there was  nothing happening. All baits where coming back as if they where just put on. Again one rod at distance and one rod in close. About 2 hours after high there where signs of life in the water.

A small flounder to lighten the spirits.  Started getting them at both distance and right in close. But this was all there was. No bass today but a fish is a fish and I was happy catching them.

I had planned to head to Brandon bay with a friend to try get some new species but looking at the weather it didnt look like it was going to go to plan. I decided to head to spot where during the summer I had great fun with the LRF rod.

This rock mark was a bit on the sketchy side today but I had high hopes as the weather was not at all what was predicted . Blue skies and sun. I really regretted not going to Kerry. I fished this mark four about 4 hours. I was hoping on some odd species as this mark has decent dept of water right where the buoys are in the picture above. Unfortunately because of the buoys and the rocks to my right I couldnt cast out as far as I wanted. But still I toughed it out with the hopes of a fish. As the beach casting rods where out I was doing a bit or LRF fishing trying to see if I could tempt anything from the crevices. I did not.

With the blow that happened the night before the water was incredibly stirred up making LRF fishing not as easy as I hoped so I just stuck with keeping fresh baits in the water. I was getting plenty of crabs so the bait was not lasting as long as I would have hoped. With all my efforts I ended this session with two small pin Whiting. Not a great return but at least I was able to get out and have a few casts.