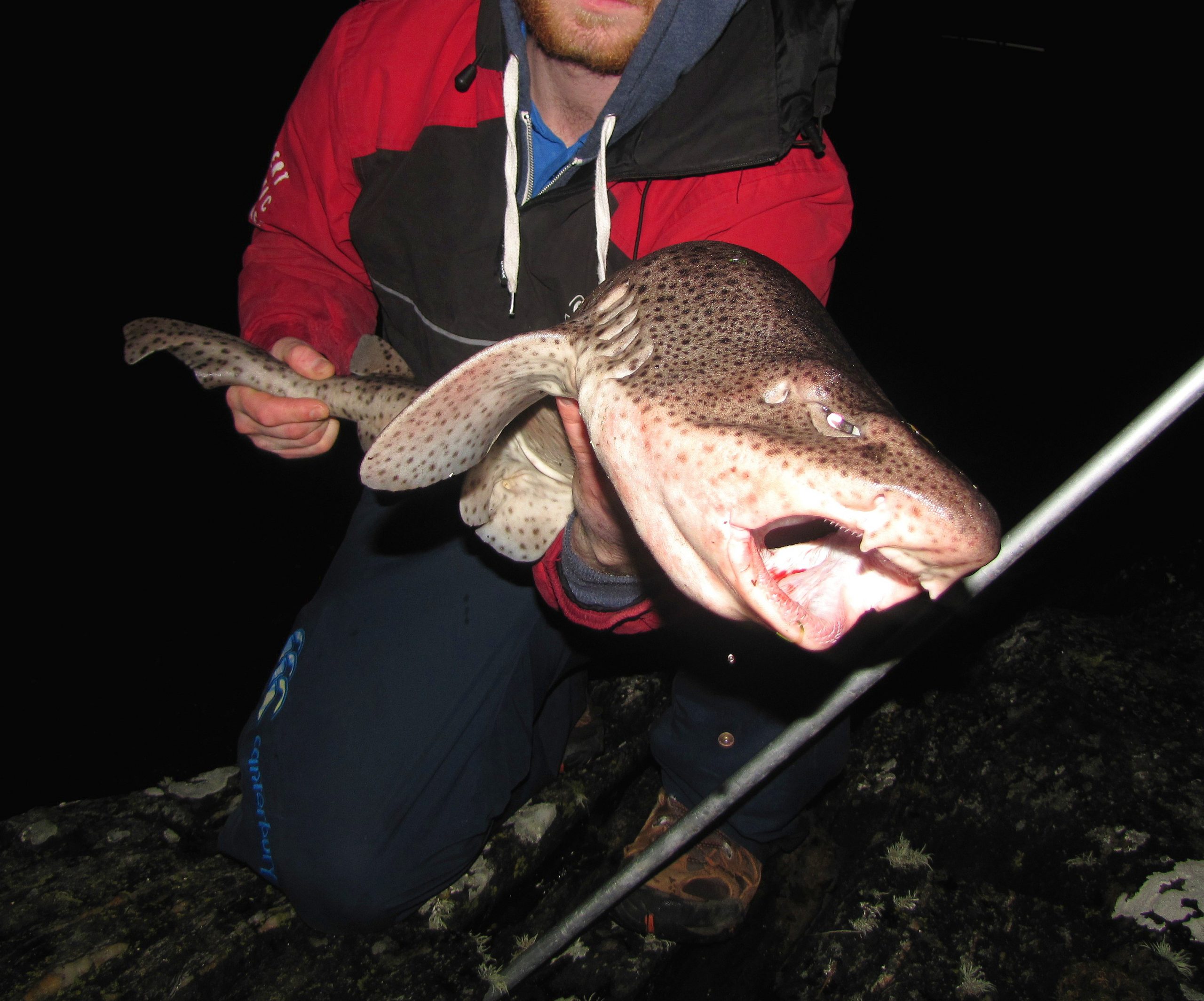 Well after a few weeks of getting very little for our efforts we turned our attention to Huss. Heading out west to try some marks that have produced for us before we were very hopeful. Arriving at the mark just before dark we set up and casted  pennel pulley rigs to the horizon baited with bluey, mackerel and double large sand eels.

Everything was quite and hopes were low when the rod tips hadn’t twitched in over an hour. But as the light started to fade there where signs of life.  First few fish were dogfish and to be expected. Persevering through the plague of dogs the first Huss finally reared its head. As the fish started getting closer it was sure enough a Huss but a small one. Still this lifted spirits and made the trip start to come together.

Huss are easily mistaken for dogfish especially when they are pups but the most identifiable of a Huss is its nasal flaps and teeth as shown in the picture adjacent.

Over the rest of the night on the dropping tide I could only manage to get smaller and Dogs but at least someone was getting the size of Huss we had hoped for. All these fish where taken on large sausages of bluey at distance.  The tide then began to stop running and the fishing stopped at low tide. We hadn’t had a bite in a good while and bait and air temp where getting low so we decided to leave some fish for the next trip.

As the weather warms and the starts to settle hopefully there will be some more abilities to try target these great fish and hopefully some of their bigger cousins soon. Just have to wait and see.