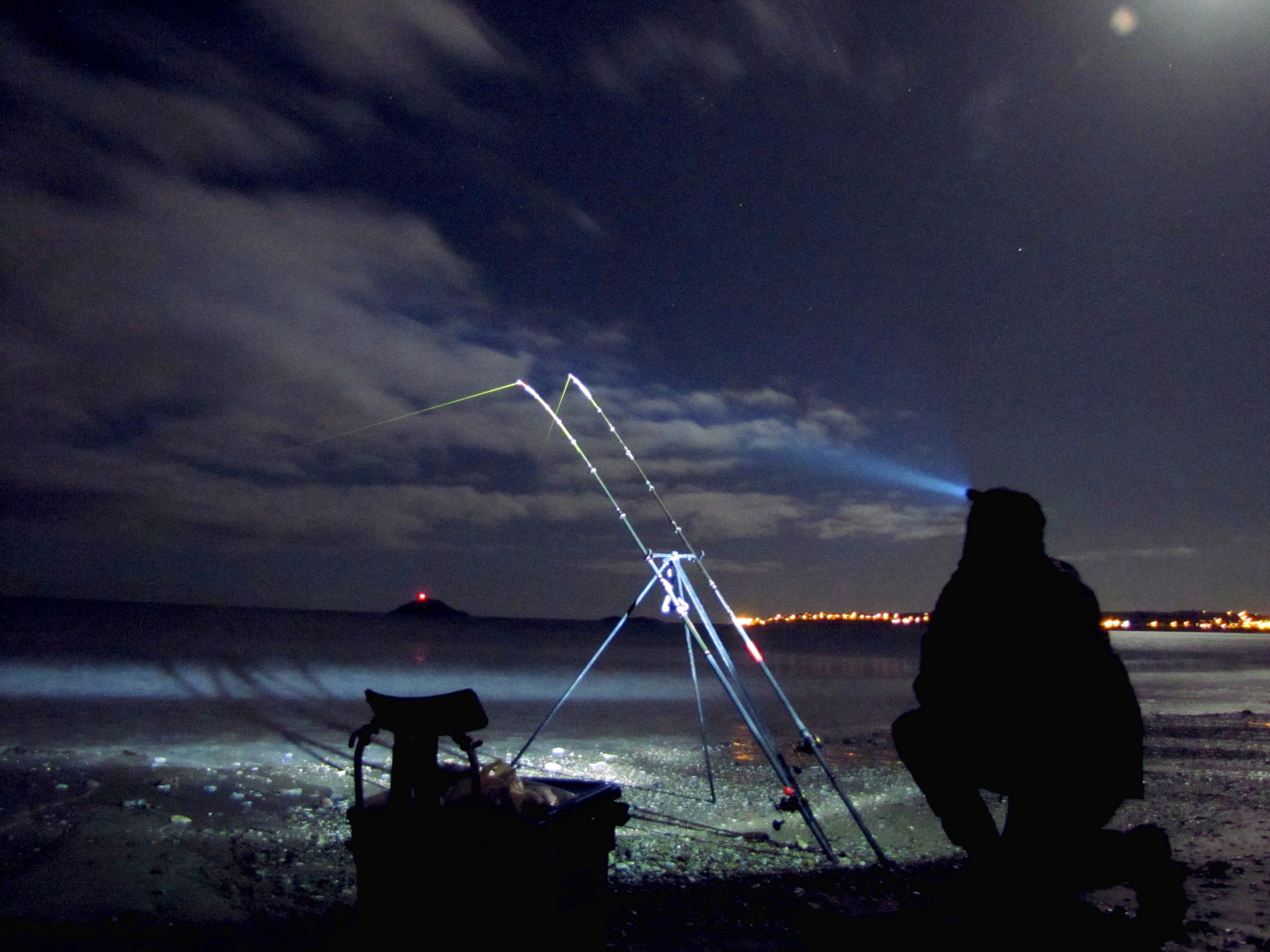 Well over the last couple of weeks I have been braving the elements trying to get some decent fish. My targets were Painted Ray and Cod. All I’ve had on my mind is Ray and Cod. I’m at the point where work colleagues even know what I’m trying to catch, I had the UPS man ask me how the Cod fishing was going yesterday. Now I know that the Cod fishing around Cork at the moment has not been the best and the Ray fishing isn’t too good either. Glimmers of hope pop up from time to time . A report here and report there . This all ends with myself sitting on a beach , at night, freezing, taking whiting after whiting after whiting off 3/0 hooks. Catching 2 whiting on pennel hooks is not a surprise anymore. None are of any good size but a fish is a fish. On the upside I’ve caught more Bass in November then I have all year. All schoolies but it’s nice to get them all the same. All the bass have come on Lug tipped with some peeler.

In between trying for painted Ray I did have a craving to try get a blonde Ray as I haven’t heard anyone actively targeting them in Cork. With a little research and a little help from Navionics I found an area which looks promising but I need to put in the time. Now I’ve only attempted this twice but a long winter will hopefully reward me. Both sessions resulted in coalfish, whiting, flounder and bass. All in good numbers.

The east Cork beaches seem to be fishing well at the moment so most of my outing end up here somewhere. I’ve fished from White bay all the way to Youghal. Now some of the beaches in between are not your Cod hotspots but some of these beaches can produce some very nice other fish. They also seem to attract quite a lot of weed. Being nearly south facing beaches this is not a surprise.

Recently during the cold spell that swept the country I decided with the dropping temperatures that the Cod have to be in. Van packed, cooler bag filled with frozen peeler and Lug dug only a few hours prior, off to Youghal I go. Arrive at the the eastern side of the strand. Cast out one rod loaded with Lug and crab, the other has 2 sandeel wrapped into a beautiful sausage. As the rods are  tipping away with the surf the first rod , with the lug doubles over. And then slackens off, and doubles again. Damn! We all know what that means. Winch in the ball of weed clear it off. I think to myself, 2maybe it was a fluke because the other rod seems fine”. Out it goes again. Then a quickly look as the sandeel rod starts to do the same. I reel in everything , dump it in the van and move. No point sitting there stripping weed all night. I move further west along the beach, this time in front of the cavan park. First cast, weed . Off I go again . I head to Ballycotton. At least there I can fish from van and sit behind the wall out of the wind. At this point the wind has picked up to around 60kph gusting to 80kph, air temperature was -2°C . Now you try calculate how long it takes to lose feeling in your hands? Ill tell you how long. Four casts till it becomes unbearable. All baits that entered the water bar one came back looking as if I had just put them on. This effort all came down to one Dogfish. Saved me from a blank but could have been better.

With Another weather warning for ice and snow in place for this week I think I can safely say I’ve learned my lesson and will not be heading fishing till the warning has been lifted. I plan over the next few weeks to be sticking to east Cork and maybe head to Waterford if time permits. Just have to wait and see.